Business is booming for Sylvie Guinard, who runs French machine manufacturer Thimonnier. The problem is, she can’t find the enough staff – even in a country where millions of people are out of work.

Guinard, who has a workforce of about 80, struggled for months to find the 10 engineers and technicians she needed to try to keep pace with an order book that rose by a third last year, and she still has two roles unfilled.

What’s more, the situation’s even more desperate at her suppliers.

“They just can’t find workers to make parts for us. I’ve got suppliers that are screwing up all my orders,” said Guinard, whose family-owned company near Lyon exports 85 per cent of the machines it makes for the packaging industry.

Thimonnier and its labour shortages are emblematic of the wider French manufacturing industry and, in turn, other Western countries like Germany and the United States where a strong economic rebound is outpacing the capacity of workforces.

The situation is most stark in France as the labour shortages – a problem that also afflicts the construction, engineering and IT industries – come despite a stubbornly high unemployment rate that is currently 9.4 per cent and has not dropped below 9 per cent for six years.

The reason for the simultaneous high unemployment and lack of workers is a massive skills mismatch. France simply does not produce enough of the skilled workers it now needs.

That means that even as the country is enjoying its strongest growth in six years, the lack of skilled workers is creating production bottlenecks and snarling up supply chains, company executives told Reuters. That in turn is potentially capping how fast the economy can grow.

More than a third of French manufacturing companies are operating at full capacity, the highest level since early 1990, while 40 per cent report difficulties recruiting workers, a quarterly survey from the INSEE statistics office showed last month. In a sign of surging demand for labour, hiring on permanent contracts rose 6.4 per cent in the fourth quarter to 48 per cent, levels not seen since before the global financial crisis.

As elsewhere in the West, wage pressures are building and many employers are resigned to having to raise salaries at some point.

“There’s a real skills deficit because many young people have turned their back on the industrial sector,” said Guinard. “Bidding competition is going to set in, but it’ll be disastrous for industry because it’s already hard to get by with the hourly rates we have in France.”

Companies in France are moving to head this off by attracting skilled workers by other means, such as dangling long-term contracts, training and other perks.

For pumps and valves maker Poclain Hydraulics, this involves helping to pay for childcare, offering concierge services and even getting a bus stop built at the company’s headquarters in an industrial park 55 km (34 miles) north of Paris.

“It’s clear that the trend in France is towards wage pressure … but for now it’s limited,” said Alain Everbecq, Poclain’s head of human resources.

While he expected wage increases of about 2 per cent this year, he said that could change when the company, which employs 2,400 worldwide and nearly 900 in France, reviews salaries in July.

Pierre Vauterin, who runs Triumph Controls France, a small aircraft and rail components maker near Paris, said he faces direct competition for engineers and technicians from his much bigger clients, who can offer more generous overall packages.

“I often hire young people, telling them that they’ll get more responsibilities than what they’d get starting at (airplane engine maker) SNECMA or Airbus,” he said, adding that they get training to build up their skills.

Many employers have until now avoided moving to permanent contracts over fears that under France’s strict labour rules they would not be able to let workers go if business sours down the line.

President Emmanuel Macron helped ease those concerns with an overhaul of the labour code in September, his first major reform. However employers say it is largely booming client demand, rather than the labour reforms, that has pushed private sector hiring to record levels.

While companies may be doing their utmost to avoid raising wages, eager to protect margins after years of weak growth, they may soon have no choice as competition among employers heats up, said Alain Roumilhac, head of ManpowerGroup in France, the US staffing company’s biggest market.

“Companies are very cautious about their margins. When we talk to clients, they say that if we can’t get the salary they planned on, then they would rather not hire,” he told Reuters.

“But that can change if they realise business is better than expected, margins are improving and they’ve got flexibility to increase wages,” he said.

Employers want to avoid following in the steps of Germany where the IG Metall union and the Suedwestmetall employers’ federation struck a deal this week for a 4.3 per cent pay raise.

Yet French companies have over the last decade tended to raise wages faster than in other euro zone countries, slowly but steadily eroding their competitiveness internationally.

As the economy has picked up, wage growth has reached levels not seen since 2008, reaching 3.3 per cent in the third quarter, according to the most recent data from the INSEE.

Economist Alexandre Vincent at the COE-Rexecode think-tank points to France’s vast pool of unskilled labour as the main reason France has shortages of workers while the unemployment rate tops 9 per cent.

“There’s a slice of the population that is very strikingly excluded from the labour market,” Vincent said, adding that France stood out among major economies for low employment rates for the unskilled.

Even though companies are hiring at record levels, the vast pool of unskilled labour means the unemployment rate is unlikely to fall below 8 per cent without sweeping reforms, according to the central bank and the International Monetary Fund.

Triumph Controls France’s Vauterin, like other CEOs Reuters spoke to, said France’s main problem was that the education system was woefully ill-adapted to meeting companies’ needs.

The measures will make up one of three pillars of a broader reform due to be presented in April that will also overhaul unemployment insurance and professional training.

The central bank frets that without such reforms the economy will struggle to grow any faster than the 1.9 per cent it grew last year. But it will take time for the reforms to bear fruit.

“These are mid-term answers whereas companies need to hire now,” Vincent said. 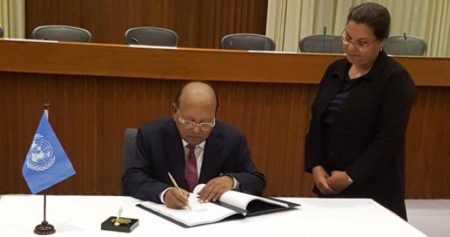