Staff Reporter: >>>>
Rapid Action Battalion (RAB) -10 arrested two people including three skin of leopard tiger from East Tejtari Bazar area of ​​Farmgate in the capital. The value of the seized leather is 10 lakh taka.
The detainees are Shafiqul Islam and Subed Chandra Sarkar. They were detained on Saturday (August 19th) in the evening.
The mobile court has sentenced them to one year in jail.
RAB Executive Magistrate Md. Gausul Azam confirmed the information.
He said, “RAB-10 was looking for this cycle for a long time. On Saturday, according to the secret news, tiger skin will be sold in Kaoran Bazar or Farmgate area. Based on that information, they arrested two people, including three skin of the cheetah tiger after the RAB-10 operation. The detainees have been sentenced to imprisonment for one year immediately. At the time, along with the RAB, forest department officials were also present.
He said, “Detectives Shafiqul Islam and Subed Chandra said that the skin was brought to sell for Tk 10 lakh.”
Gausul Azam said that the detainees admitted that they were involved in the sale of this leather. In the interrogation, another person named Shipon said that they are trying to detain Shipon. 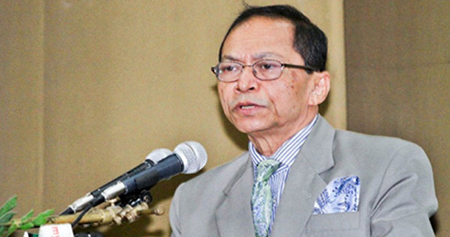 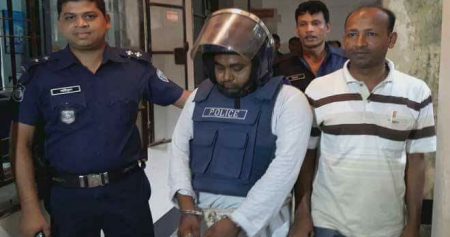