Staff Reporter: >>>>>
In the attempt to kill Awami League president and prime minister Sheikh Hasina in Gopalganj’s Kotalipara under Gopalganj district, the court gave death sentence to 10 people including Chhatra Union Union Parishad Chorchandia Union Parishad Harun (35). On Sunday (August 20th), Judge of the Quick Judicial Tribunal of Dhaka, Momtaz Begum gave the order. The court has asked the 10 people to fire in the firing squad and execute the execution. Haroon Harkatul Jihad (Huji) is known to be the leader of the organization.

It is known that on July 22, 2000, the Prime Minister Sheikh Hasina was scheduled to rally at Sheikh Lutfor Rahman Government Model College ground in Kotalipara, Gopalganj. Earlier on July 20, police recovered 76 kg weight of bomb from the college. A case was filed with the Explosives Act in Gopalganj Police Station. Later on 8 April 2001, the CID Assistant Police Superintendent Munshi Atiqur Rahman filed charge sheets against 10 accused, including Mufti Abdul Hannan. On that day Harun was caught with another militant while fleeing the injured, Harun was arrested.

Police said, without getting bail, they came to the area. Later, he became a member of the local Juba League leaders. After Awami League came to power in 2009, police arrested him again in the case. Then the chairman and editor of Sonagazi Upazila Jubo League gave him the certificate as Jubo League worker. He also submitted the certificate to the court. Later he got bail again. Meanwhile, on September 19 last year, Detective Police (DB) arrested him from Shaheed Minar area of Trunk Road in Feni town.

According to police sources, in the UP elections held on June 4 last year, he was sent to prison after showing him arrested in the murder and explosion case at the Tofail High School center in Chorchandia union of Sonargazi. Besides, Harun has been arrested in five cases including murder, robbery, and explosion in two militant killings cases including murderous attempt to kill Prime Minister Sheikh Hasina in Sylhet.

Locals said his house had been rented out in Feni town for several days before being arrested in central Charchandia Doctor Para village of Sonagazi Upazila, and Shahin was the owner of the departmental store at the Academy Road. He is the son of Abu Habibia House of Abu Habibia. Since his childhood, he was a resident student at Patiya Madrasa in Chittagong. Once upon a time Madrasah friends went to Sylhet to go to Sylhet, where he lived in a militant mess. From there, he started contact with militants and militant activities.
It is to be noted that the attempt has been made to kill Sheikh Hasina so far 19 times. Five such cases are pending in Dhaka court. This is the first verdict of Sheikh Hasina’s assassination case. 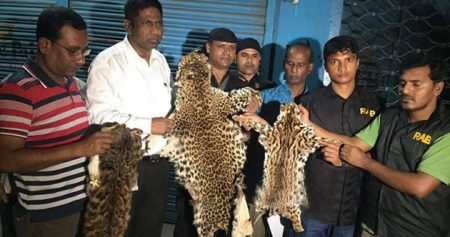 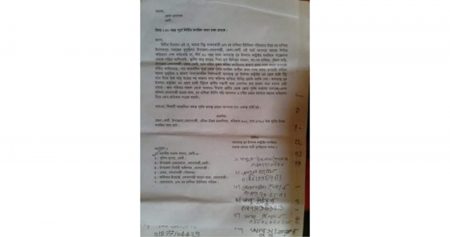